So Al texted me a message the other day saying he’s doing a “cleans” and needs to rid himself from all negative energies. He also said his teacher is showing him how to meditate and he needs to try and clear his mind from all the confusions that will cloud his mind in and around his life. He said "Mom you are in no way a negative or a confusion, please don't take this wrong" In other words you're in the way, right? (giggle = frown).... REALLY, I'm not sure how I'm supposed to take that? .... I haven't seen him or talk to him since January 22nd. He said, when he’s ready to talk to me... to "really" talk to me about everything he will let me know. But for now he needs some time and space to get it together. I suppose the reason why he’s telling me this is because I haven’t let up about the drug use. I texted him last week to let him know of all the people I know and the people I don’t know who have died lately from heroin. I'm not sure why I did that, I guess maybe to keep it in his head that this could kill him too someday. So now he wants me to lay off “so to speak”. He said he knows he needs to get better... healthy body, soul and mind and he’s trying to change his life… I wish I could believe this will work for him, IF he’s truly trying this but the nature of his addiction says he’s going to need professional help. What do I do?

Looking at this from a positive prospective (BIG sigh, deep breath, wipe away my tears) I GUESS at least he’s acknowledging again he has an issue to me and he’s trying to do something about it. And at least he’s planning on talking to me when he’s ready. He NEVER wants to talk about any of his issues so for him to say “when I’m ready to talk, to really talk to you about everything I will let you know” says to me he’s trying to figure this out and at some point he KNOWS he needs to talk to me about this. For some reason that gives me hope.

Aside from all this I have decided to try and take back MY life. I’ve been so consumed with my son’s addiction and trying to save him that I completely lost myself. My health has been going downhill. I’m constantly not feeling well. I’ve been in the hospital twice one resulted in surgery, exhausted, can’t sleep, gaining weight; body hurts… and so on. Stress really will kill you! So I’m losing weight by eating right, working out and letting go of the situation and taking it day by day. This is process and believe me when I say it’s easier said than done. But never the less I'm doing it and it feels good. 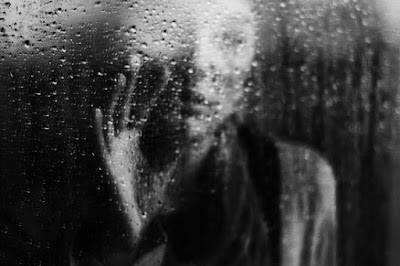 Erin said…
When my son was active I found that the more I talked about drug use the less he listened, something I read in my Nar-Anon book hit home "why did I think talking could cure addiction?" and if I saw an insane person on the street would I try to talk sense to that person? When I made the switch to just talking about regular things with my son I saw a change he was more open to talking to me and sometimes he would even open up about his struggles with drugs. I didn't ignore his drug use, I was always let him know that I loved him and when he was ready for recovery I was here for him. It's so scary we want to shake them and wake them up and we are so afraid of losing them.

We really can only save ourselves in this and it is great that you are trying to take care of yourself now and put the focus back on you. The effects of the constant stress on our minds and bodies is awful. Do you attend Nar-Anon meetings? They really really helped me through some very difficult times with my son. They also have an on-line forum. There is nothing like being a room of people who are all going through the same thing that you are many times just sitting there listening helped me so much.

We all do the best we can on any given day with this it is just such a difficult journey. I did keep in touch with my son, being totally disconnected didn't work for me in order to have some serenity just a text message from him knowing he was alive would give me peace of mind for the day at hand.

If that link doesn't work just google nar-anon family group forum and it should come up. People post there day and night.
February 28, 2014 at 4:52 AM

Al's Mom said…
This made me cry... UGH.... this is so painful. Thank you for the advice. I appreciate you taking the time and the heart to write this to me. I started writing letters to my son. I'm going to keep them to myself and private. For some reason addressing the letter to him as if he's reading them helps me. (Crying) Thank you friend!!!!

I think I will look into those meetings!

Dad and Mom said…
Writing letters can help. Please take a look at these and the comments. Sometimes letters turn red lights to green.